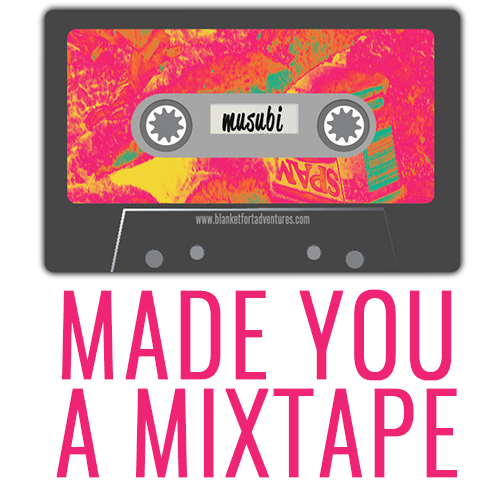 It’s the last day of 2015 and this is my last playlist of the year. I’m so happy I started these post after being inspired by one of my fav chick-a-dees on instagram, Meghan Alfano. It was nice to always have a playlist in the works or something I could just put on when getting ready for the day.  Now I have a collection of my favorite songs from the year to look back onto and sort of see my moods throughout 2015. I will certainly be continuing my playlists in 2016.

p.s.  A musubi is a slice of spam surrounded by rice and wrapped in seaweed.

What was your favorite playlist or music discovery in 2015?