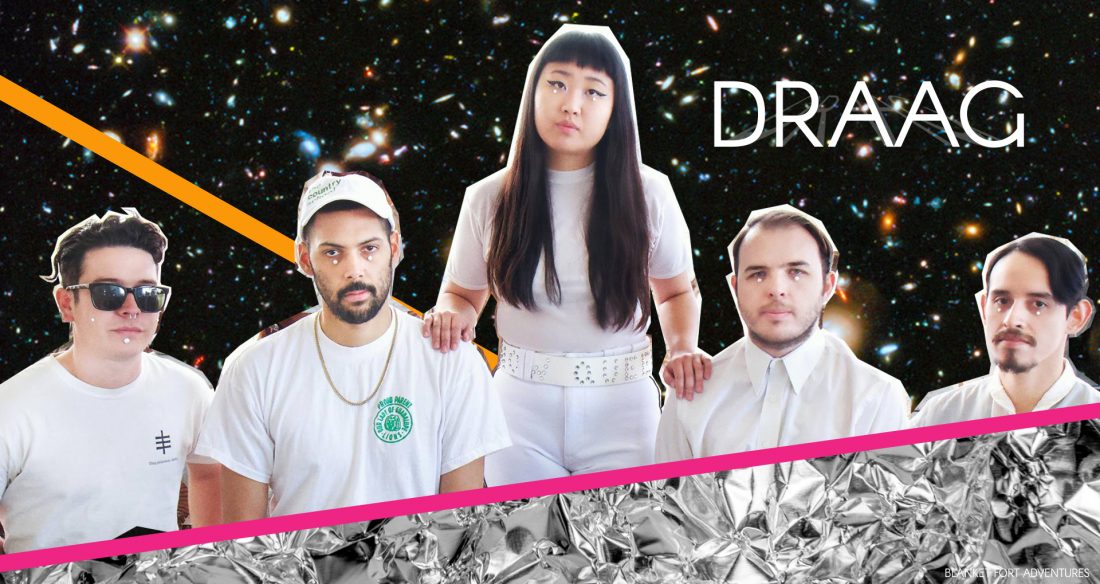 Best listened to in the early morning, a cold morning, when the dew has frozen on the leaves.

I’m VERY excited to share this great interview with Draag. I’m not sure how I came across them, but their track Trauma Kit was added to my February playlist, and I’ve been getting into their dreamy escapism sound ever since. I don’t know what you call the wee hours of the morning, but if there is an A.M golden hour – that is the time in which I’d want Draag to be my soundtrack.

When was Draag born into this world? What is the origin story?

Adrian revived some songs he wrote when he was 9 years old on his karaoke tape deck in September 2013. He wanted to condense everything he loved about music into this project, so he recruited a bunch of audiophile toneheads, female vox, and a lot of synths and guitars. Our first EP Nontoxic Process was released in 2018, but we buried our first two mixtapes, made during a time that felt like a completely different band.

Who are some of your creative influences? They do not have to be music related, just creative people who have developed work and put themselves out into the world in a way you admire and perhaps subtly influences your own creative choices?
Kobe Bryant, Ed Templeton, Anna May Wong, Alexandro Jodorowsky, John Carpenter