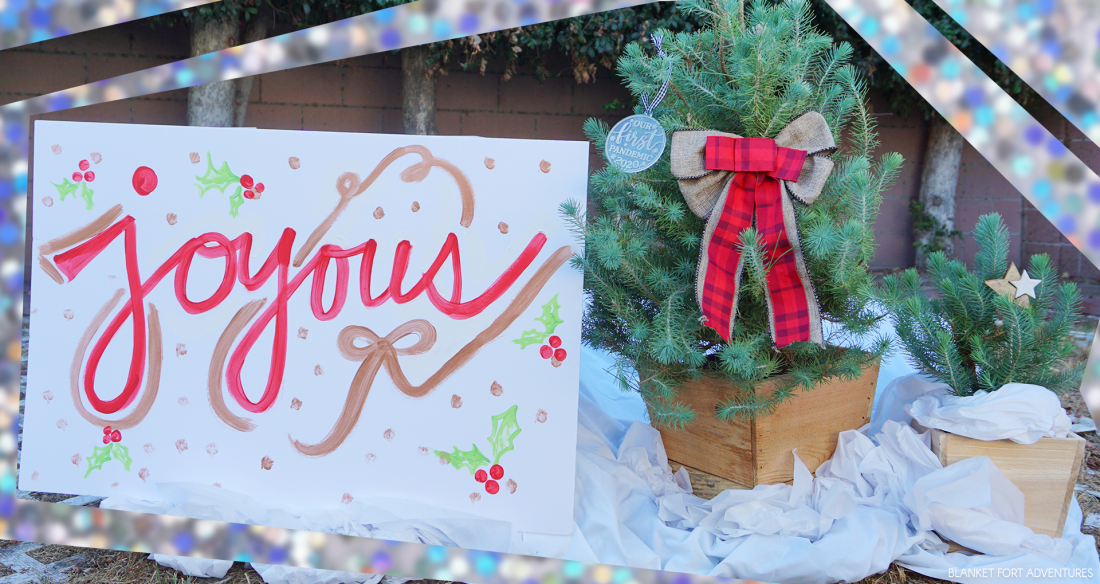 The clash of thunder shook me from my slumber and triggered my fight or flight response. Throwing off the covers and bouncing out of bed, putting on my boots, to run outside and remove the seat cushions from our outdoor furniture. A totally natural reaction upon hearing a thunderstorm in the middle of the night – right? Our outdoor furniture has become very important to me this year.

Pandemic party planner wasn’t a skill I was expecting to learn in 2020, but here we are and I feel like Christmas was my graduation show. CDC guidelines pushed my inner host to think in new ways and a spacious suburban backyard made distancing logistics easier. Seriously, just feel incredibly lucky and grateful that my family unit/cohort of eight were able to gather safely during this time. I have two nieces and a nephew of varying ages under 12, and I know the pandemic is going to mark their psyches. Eventually, as they grow older, the childhood trauma will manifest in some weird way like needing to have a linen closet stuffed with toilet paper in order to feel a sense of calm…or maybe nothing at all. Anyways, I wanted to influence their memories of this weird year positively and thus I became a pandemic party planner.

Back in July, I wrote down “plan a perfect pandemic backyard Christmas” in my agenda as an action item. A few ideas scribbled under the bulleted task to set me in a direction. Most of those initial scribbles didn’t come into fruition, but what did materialize achieved the desired objective – make positive memories for my nieces and nephew.

Below is a before and after of the backyard’s transformation from drab to Christmas fab!

Also, since 2020 will likely be the last year my husband and I live with my mom, I wanted to display all the decorations we had and make the season special. The hodgepodge of items creating our own little Christmas aesthetic – rooted in tradition, textiles, collections, and a bit of resourcefulness. A tour of our aesthetic can be found on IGTV, or maybe that’s why you’re here in the first place – well, if so, thank you for checking out my backyard transformation. 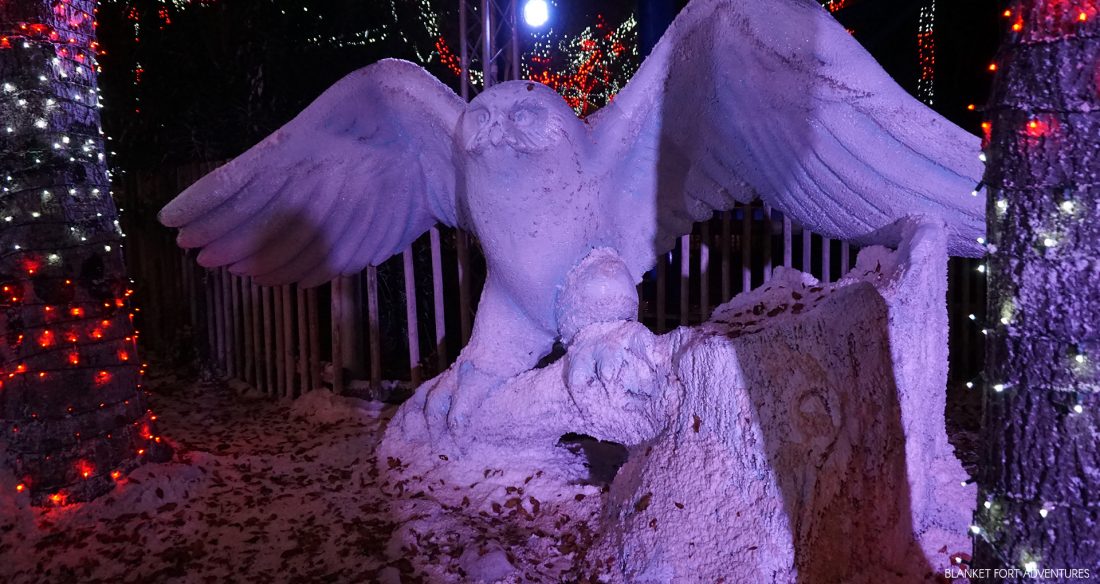 It took a global pandemic for me to be inspired to roll out this mediocre Christmas vlog. My vlogging skills are rusty a-f, it was then and to date.

We’ll see if I ever get my groove back. 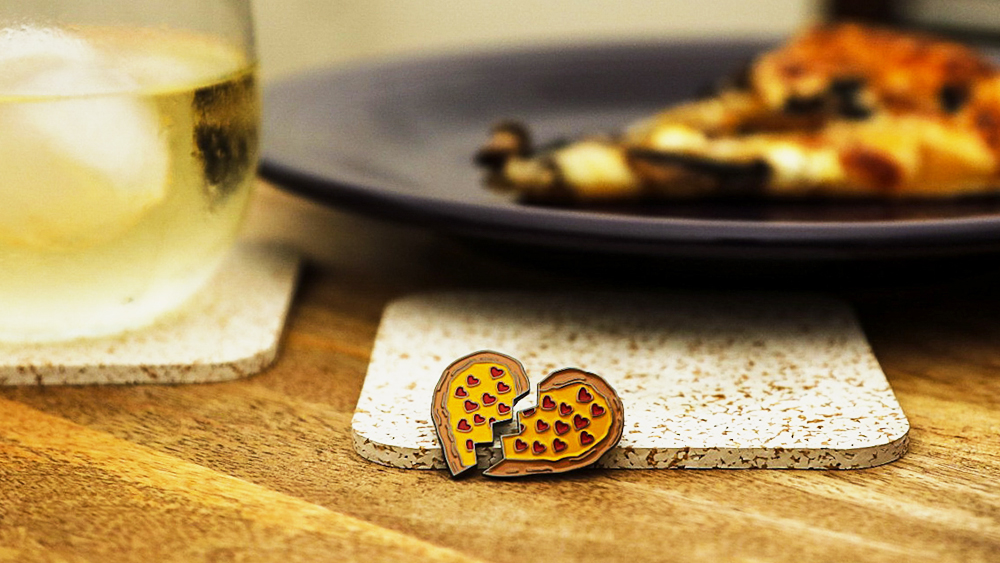 It’s day 15 of Vlogmas and I’m feeling some burnout. This has been a busy holiday season. One weekend, I was even uploading videos while driving to different holiday gatherings. But, I feel like I have no idea how to make my day to day interesting – am I too self-aware? Perhaps. I’m looking forward to 2017 when I’ll be posting regularly on my channel, but it’s not my day-to-day. This year, I really committed to YouTube in a new way, I attempted to create series and a regular upload schedule. I improved in my editing and hit 100 subscribers!

Last year, I learned a lot about myself while doing Vlogmas. This year, I’m not coming across very many revelations. I’m sort of bopping along making videos, trying to create better stories. Test out different editing techniques. No real direction. Well, not until next year. After Vlogmas will be my time to really stretch my wings and see what I can bring to the platform.

It’s a question I struggle with a lot, what’s YOUR take away? Yes, YOU! The reader, viewer, follower – what do you take away from seeing what I’m thinking, writing, posting, sharing. Let’s just say, I feel like I finally know who I am on the internet, now I just have to make sure you’re happy with the relationship. Although, like even in romantic relationships, please DO NOT make me responsible for your happiness.

Anyways, if you wanted to know how my December has been going – here you go! 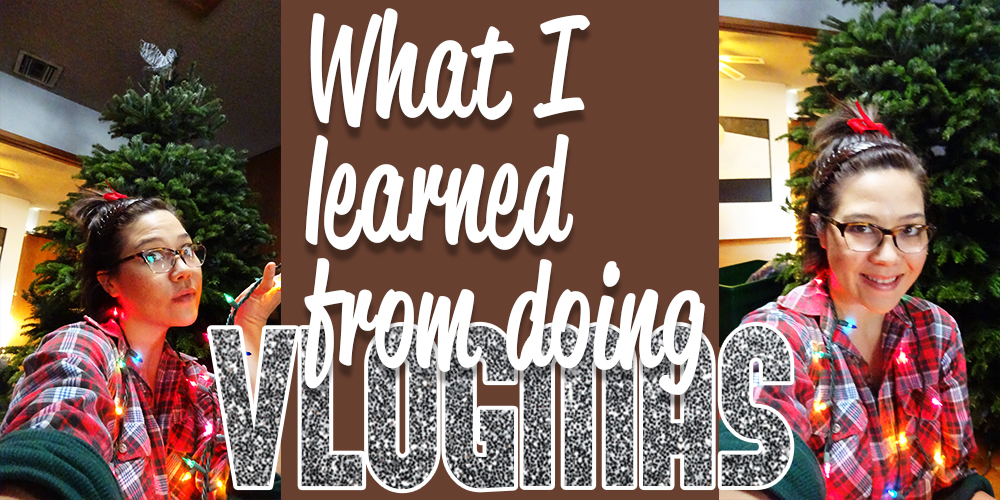