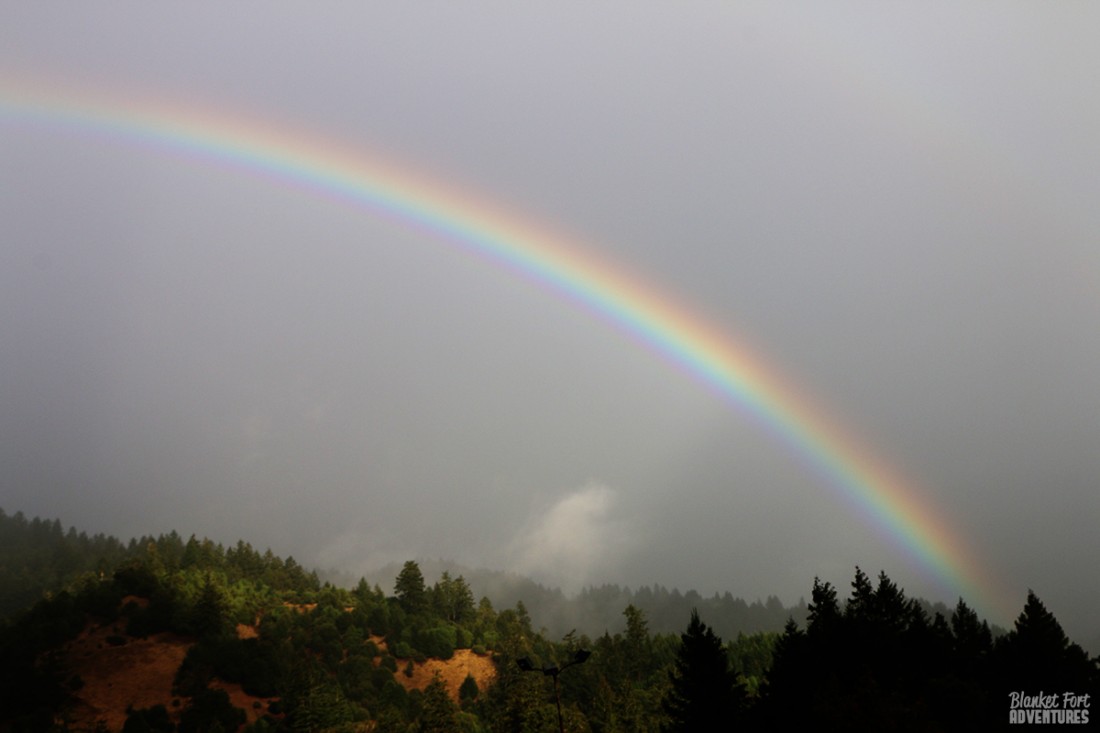 When we left San Francisco for the Redwoods it was noon and gloomy. Our goal that day was to get to the Redwoods, to a specific camping spot Bowerbird had picked out, and spend the night in our tent. Unfortunately, time and weather were not on our side. By the end of the day, as the sun was setting, we were still 45 minutes away from the campsite. Slightly defeated, we decided to stop in Arcata and book a hotel. Fun fact, Arcata has a pretty decent Pho restaurant. We filled our bellies with warm bowls of Pho and were asleep in our hotel room by 10:00 pm.  Although Arcata is a sweet little city, its lights were still consumed by the night. Once we realized how dark it can be up north, we were incredibly happy to have booked a hotel room instead of committing to camping. Growing up in the city it’s easy to forget what true darkness looks like; the kind of darkness where a flashlight only illuminates your feet.

Although October 17th was mostly a driving day, we ended up having a lot of fun in the car. We stopped in a little town called Hopland to get lunch, but nothing looked appetizing, so we just enjoyed it’s old creepy architecture and were on our way. During a portion of the drive, we picked up a Mary Jane radio station that played folk songs singing about good ole’ bud and green thumbs. We also drove through a tree! The best part of the day was all the rainbows we saw, because of the sprinkling weather it seemed around every bend was a brilliant rainbow.  We counted eleven rainbows in all and since I’m a numerology nerd, eleven is the doubled meaning of one that symbolizes new beginnings and purity. As we only got engaged a few days before the rainbow phenomena; I’m totally reading into the meaning of eleven. The best rainbow photo I took that day was when we pulled over for gas. This rainbow had a complete arch over the mountain tops across from us. This is one of the few times my vlog covers more of the day than my photos or story telling could. A day in the car with me is a mixture of karaoke, dancing, dream casting, and spiritual discussion on the meaning of life. In this vlog you’ll mostly witness dancing. 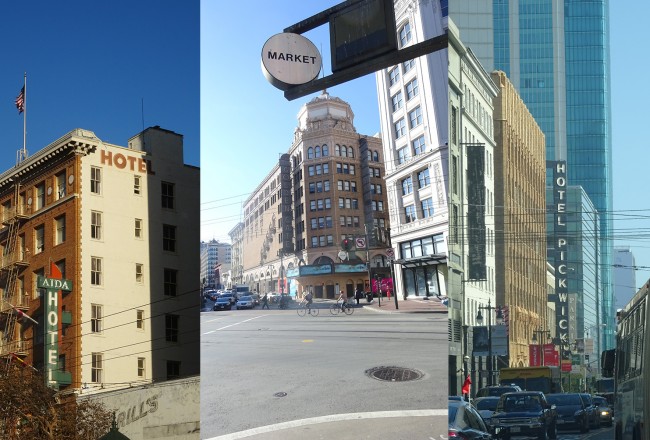 N. CA : All The Signs in San Francisco