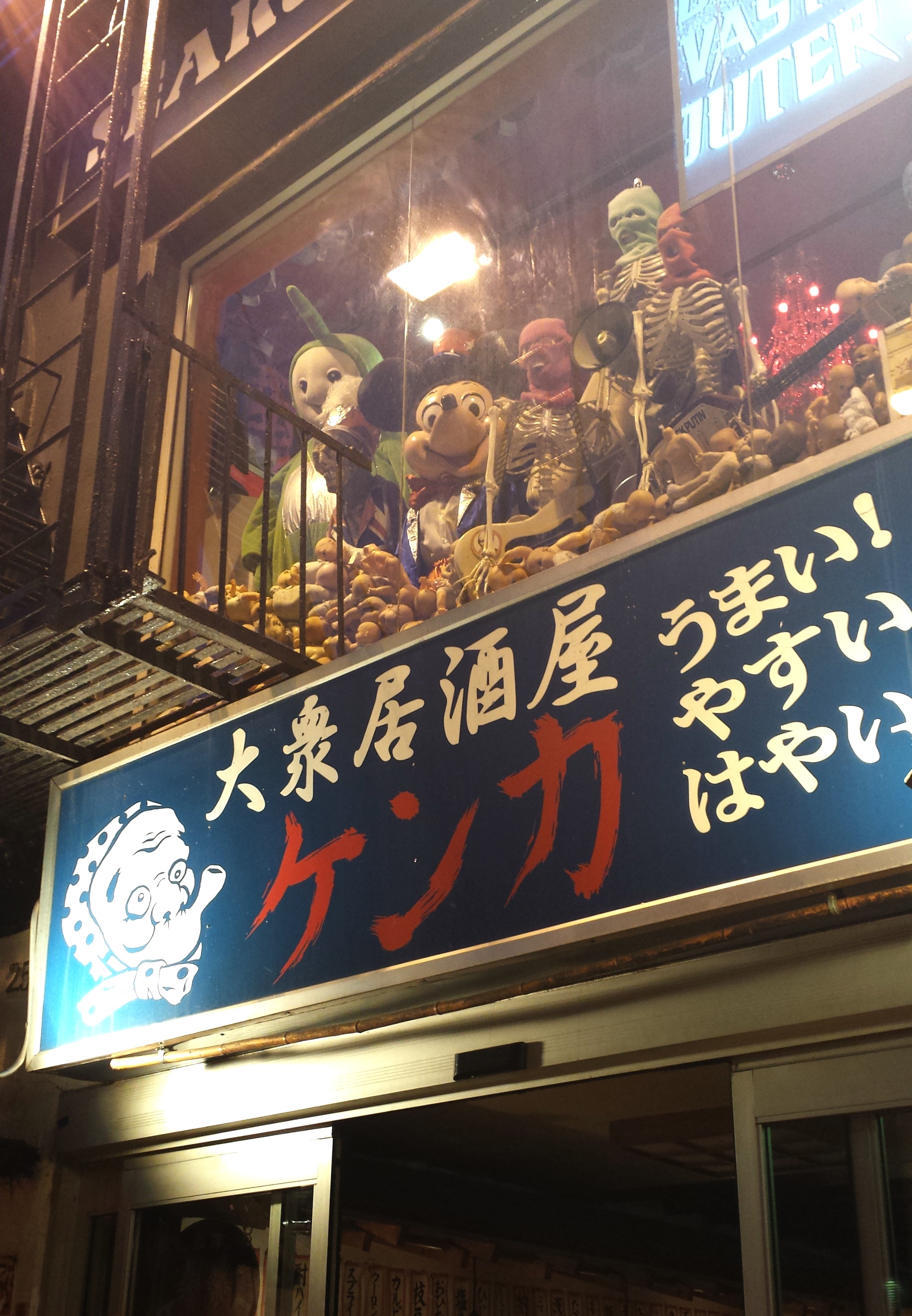 Japanese people, culturally are emotionally repressed, hence the twisted horror films and bizarre game shows. This Japanese restaurant was decked out like a rock n roll samurai soft core party palace. I wish it existed in LA. We sat next to a window display that inside had a naked male mannequin with a kabuki mask over his man parts and leaning on him a female mannequin with exposed boobs the size of large watermelons.  Why? Why not! The back of the menu even has fees for if you break anything or start a fight.

Collectively we decided that we’d just point to a bunch of things on the menu and dig in. As I didn’t take any notes, here is what I can recall we ordered; salmon belly, char siu pork, pork fried rice, gyoza, smoked tiny fish, mackerel, bone marrow, frog legs, turkey testicles, and rice balls with salmon eggs. I have a feeling we ordered more, but that’s all I can remember right now. Oh and Liz, Darren, and I enjoyed $5 large frosty mugs of Sapporo.  Everything was delicious! And yes I ate a bit of everything.

The frog legs were disappointingly attached to a full fried frog, so there were only two legs. After Darren took picture with his new fried friend, Liz and I went in and ripped off the legs. Frog really does taste like chicken, and this frog was prepared with a Cajun blend of spices with an Asian twist and fried in a light batter. The next day I had frog remorse as I realized I should have let Darren have the leg, as he had nibbled only on the arms. Next time I’ll treat him to a frog.  The turkey testicles however not as spectacular nor will I ever want to order again. I took the smallest testicle and after Liz, Darren, and I toasted with the balls, popped it in my mouth. It has the skin of a sausage, but the inside is like a smooth patte’. It had a gamey flavor, but it was the texture that did me in. Almost like a pureed hot dog, I had to rinse it down with my beer.

I have no idea what our adventure in Japanese rock n’ roll cuisine cost us as Chris took the bill.  Chris, our dining guest that didn’t eat half of what we ordered because he doesn’t eat fish. Talk about one cool fella.  Saturday was the height of my culinary adventure in New York, Sunday brunch falling flat. It was at a very popular NY eatery too, so I’ll recap and add a few foodie traveler tips too.

Basically till next time ….give the birthday boy the frog leg. 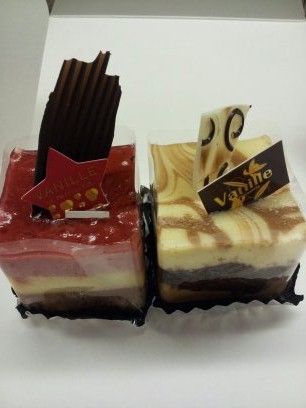