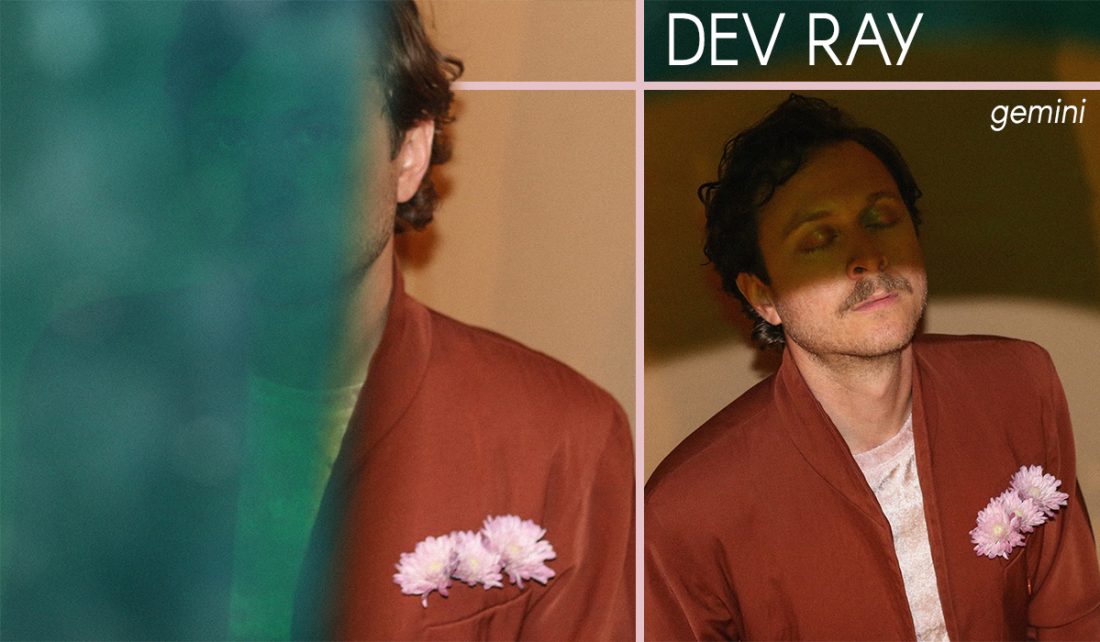 “It changes all the time. Lately, it’s been humming into a voice recorder while driving, not very safe but sometimes necessary.”

Dev Ray is a genuinely disarming Gemini. Not that I find most Gemini’s terribly intimidating. But I like how that sounded, and Dev really is a refreshingly genuine person. To me, there is no pretense to him as a person or his music. He possesses a quality that is similar to the dreamscapes of Michel Gondry’s Science of Sleep and creates a sense of familiarity like you could have gone to elementary school together. His new tune, “Can’t Hide” out on Dangerbird Records reflects the ray of morning sunshine that Dev Ray embodies. The songs upbeat melody would soundtrack the speed up footage of a night with friends which is carried out until the sun rises over the horizon, feet in the sand and holding hands.

Find out more about this awesome person’s musical ambitions and adventuresome discoveries in my interview with Dev Ray below.

Favorite Color: Oh, this is a hard one. I feel like people judge you the most off this. If I say blue I’m boring, if I say green people will think all I care about is money and if I say purple they just won’t believe anything I say! Seriously though, I feel like it changes all the time. As you get older you discover new colors like chartreuse or azure. This is my very frustrating way of answering this question!

Childhood Hero: Oh, another tough one. I guess I would say, Pee-Wee Herman. I was obsessed with The Movie and his playhouse show. I think his zany humor made it into my personality somehow. Him or Mr. Rogers. I always liked how he changed his sweater and shoes when he got home, I do the same thing.

Super bummed to have missed the show at Dangerbird. How did it go? What do you feel like before a show – do you have any rituals.

The show was great! I was really nervous and overwhelmed at first! A lot of people showed up! The Dangerbird backyard was packed. When I made it on stage though I felt alright. I guess I like being on stage, ha! I was actually influenced by a post that Cecilia from the band Gothic Tropic made where she did a pre-show dance ritual when she was touring for Beck, I assume she does it for her shows too. I was inspired and love dancing anyway so I danced around a little bit before the show in front of the audience and it alleviated a lot of my nerves.

Loving the material available on Spotify, the single “Can’t Hide” and your super silky rendition of “So Excited.” What is your approach to developing songs and melodies – do you hum a tune into a voice reminder and build it out or just start strumming out notes. For those with no musical talent (ie: me) what’s the breakdown in approaching an original song and/vs a redux?

It changes all the time. Lately, it’s been humming into a voice recorder while driving, not very safe but sometimes necessary. I think I wrote “Can’t Hide” a few years ago on my old Yamaha keyboard. It was originally a slow disco song with slide guitar and a weird key change. I changed it up and was gonna use it for another band I was in called Dr. Fadeaway. The drummer Sal suggested a more upbeat drumbeat he borrowed from The Cure. I took the song back and used it for Dev Ray! “I’m So Excited” started when I jokingly sang it out loud at work in a very monotone, blasé way. I later realized after playing the chords on the organ that it actually would work slow and the chord progression is just so beautiful.

Is there a full EP or album on the horizon?

I hope so! I definitely have enough songs for an album. If Dangerbird likes me enough and these singles do okay then hopefully they will let me do a full album and release it for me!

Best hole in the wall restaurant is Thai Pepper in Hollywood. I lived in Franklin Village for a while and was always on a budget. This place just west of Franklin Village by the 101 is so affordable and this little old lady with a hunchback runs the whole damn place herself.

Favorite comfort food, is it homemade or at a certain place?

I honestly don’t read as much as I would like to/used to but...Incognito: The Secret Lives Of The Brain by David Eagleman is the most fascinating book I have read in a while. It has to be the easiest read dealing with neuroscience out there. I also just watched a documentary on The Flaming Lips Soft Bulletin album on youtube and that was so fun.

What is a quality you admire in other people?

Humor, lots of it.

What’s currently at the top of your travel bucket list?

Detroit. I am going there at the end of August! After that, I need to visit my friends in Washington.

Who is a person you would fan-boy over if you turned the corner and ran into them right now, and why?

Cecilia from Gothic Tropic. I would want to ask her how touring with Beck was and how she got that gig.

You’ve done a tour or two in your lifetime – what is an “on the road” story that comes to mind and makes you laugh or smile?

Touring with Nima from So Many Wizards is always a riot! I was especially making him crack up a lot during our last little desert tour. We were sitting in the back of the van together most of the time. On my first ever tour with So Many Wizards, we played SXSW 2013 alongside the band Social Studies. I made out with the lead singer/keyboard player Natalia and that always brings a smile to my face.

If you had the opportunity to Matrix download one subject (this includes the entire scope of said subject) into your brain – what would it be and why?

Tap dancing or ballroom dancing. I eventually want to learn every social dance there is.

You can put sunflower seeds in your yogurt, cereal, and sandwiches. Those in the LA area can enjoy the musical stylings of Dev Ray in person at Taix French Restuarant during Echo Park Rising next Thursday, August 16th at 7 pm; and follow him on Instagram for more updates on upcoming shows and such. 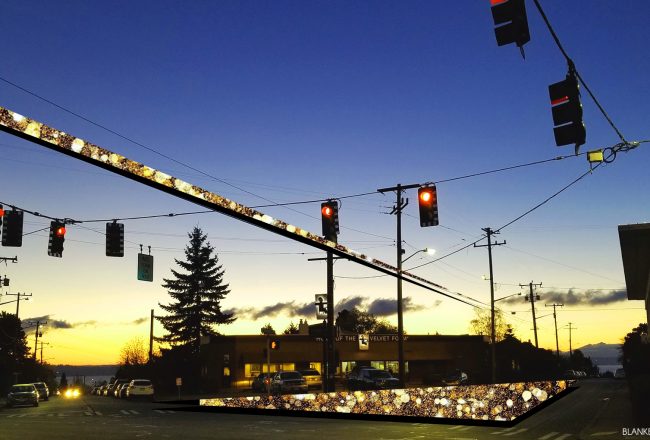